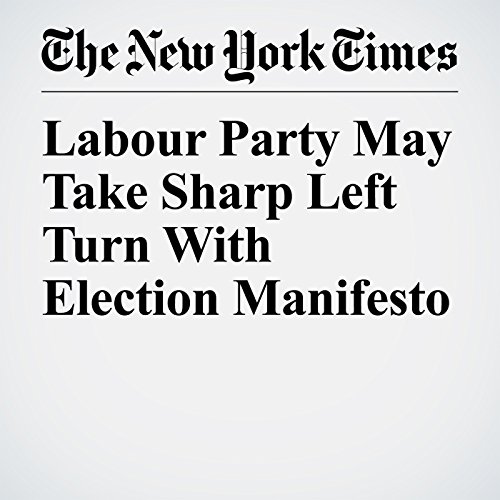 After years of contesting Britain’s political center ground, the opposition Labour Party on Thursday afternoon agreed on what is likely to be its most left-wing election manifesto in more than three decades, complete with some eye-catching policies intended to shore up its core vote.

"Labour Party May Take Sharp Left Turn With Election Manifesto" is from the May 11, 2017 World section of The New York Times. It was written by Stephen Castle and narrated by Kristi Burns.