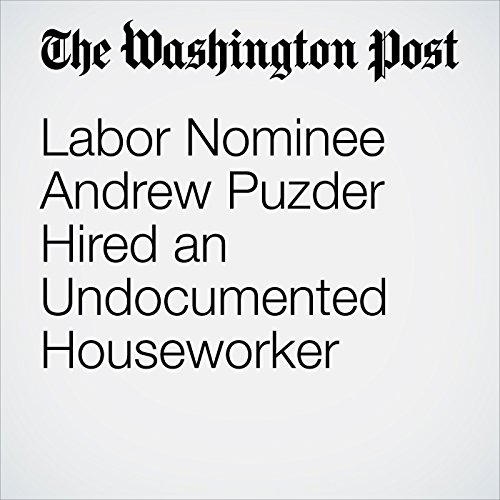 In a statement provided to The Washington Post by Puzder’s spokesman, Puzder said that he was unaware of the maid’s immigration status when he hired her.

"Labor Nominee Andrew Puzder Hired an Undocumented Houseworker" is from the February 06, 2017 Politics section of The Washington Post. It was written by Jonnelle Marte and Ed O'Keefe and narrated by Sam Scholl.