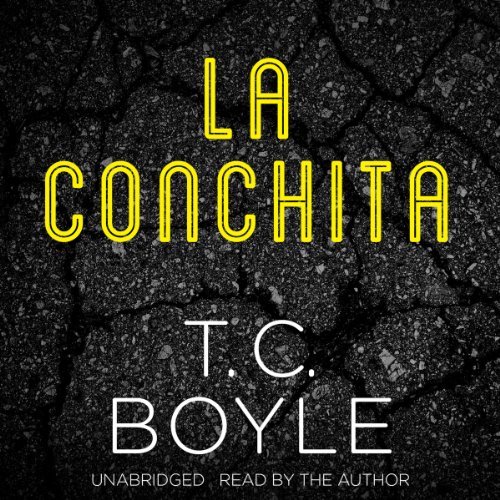 This short story from the collection Wild Child was originally published in the New Yorker.

Gordon is a delivery driver with a predilection toward road rage, and he's on the most important delivery of his life. In Santa Barbara there's a mother of three on life support waiting for Gordon, waiting for the liver he's transporting from Los Angeles. But there's a mudslide, and cars are being swept away, people being buried in the sludge. And Gordon, who's as far from a hero as they come, has to find a way to get the liver to Santa Barbara.

One of the most captivating short stories I have ever read. Mr Boyle came to UCSB shortly after the time this horrible event happened. I was working there but unfortunately did not see him. I regret this now more than ever. Read this story!

Males you smile and cry. There ist nothing more to say about thus short story.

Up to par with O'Henry

I met the man who you probably saw digging at la Conchita. Digging, screaming ou,t digging. Daily dug. he had walked to the taco pueblo for family lunch.. That's gone forever. the house, suddenly, gone. the dug out little mountain, the cracked caked grassy mound was known to be treacherous.All homes in So Cal are built on treacherous land.

I met him . coffee shop in Ojai. we were both at the coffee bar dressing up our coffee and and something I'm one of those sensitive people anyway but something emanated from him and I I said hello or whatever and I looked him in the eyes and after like another sentence say I said you are the man you're the man that Doug and Doug and Doug at lock and cheetah and he said yes and I said what what did you come away with and he said we are all one we are all one.
so in 30 minutes TC Boyle wrote an interesting short story about a man on a who's on a life-or-death mission. You'll have to read TC Boyle's wonderful wonderful story. you'll be surprised and you'll be just taken away