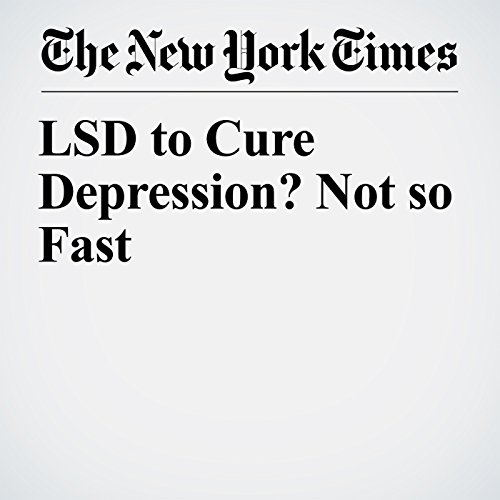 Psychedelics, the fabled enlightenment drugs of the ‘60s, are making a comeback — this time as medical treatment. A recent study claimed that psilocybin, a mushroom-derived hallucinogenic, relieves anxiety and depression in people with life-threatening cancer. Anecdotal reports have said similar things about microdoses of LSD.

"LSD to Cure Depression? Not so Fast" is from the February 12, 2017 Opinion section of The New York Times. It was written by Richard A. Friedman and narrated by Keith Sellon-Wright.