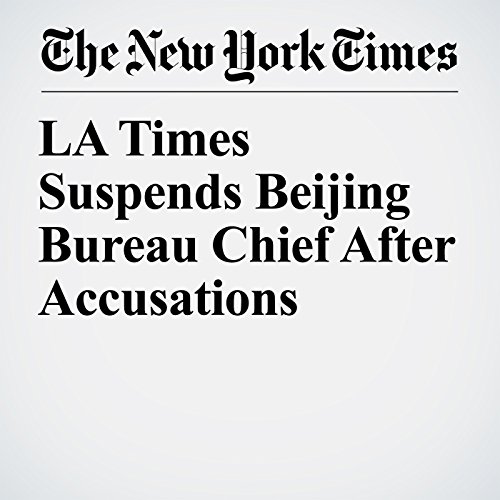 The Los Angeles Times said Tuesday that it was suspending Jonathan Kaiman, its Beijing bureau chief, amid accusations of sexual misconduct.

"LA Times Suspends Beijing Bureau Chief After Accusations" is from the May 16, 2018 World section of The New York Times. It was written by Alexandra Stevenson and narrated by Kristi Burns.