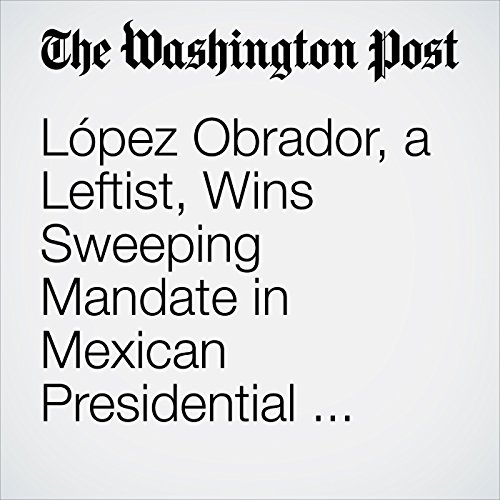 As votes were tallied Monday following a historic election, Andrés Manuel López Obrador appeared close to gaining control of Congress as well as the presidency — a resounding mandate for the country’s first leftist leader in decades.

"López Obrador, a Leftist, Wins Sweeping Mandate in Mexican Presidential Election" is from the July 02, 2018 World section of The Washington Post. It was written by Joshua Partlow and Kevin Sieff and narrated by Sam Scholl.