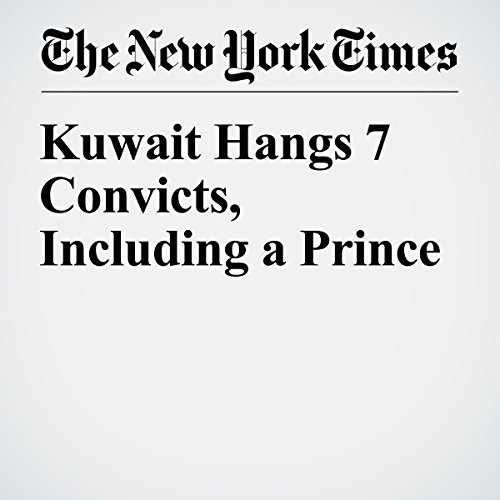 Five of the prisoners were foreigners: one each from Bangladesh, Ethiopia and the Philippines, and two from Egypt, according to the state-run KUNA News Agency.

"Kuwait Hangs 7 Convicts, Including a Prince" is from the January 25, 2017 World section of The New York Times. It was written by Ceylan Yeginsu and narrated by Keith Sellon-Wright.