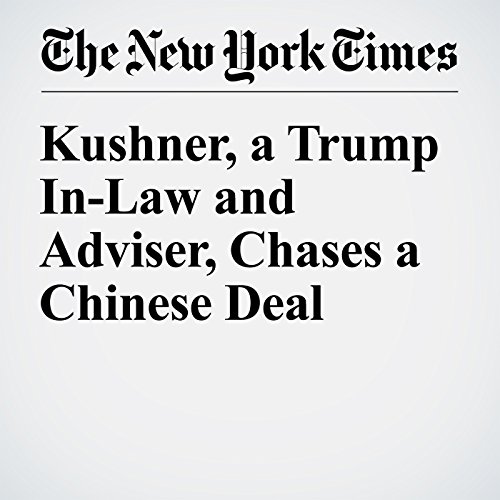 With Kushner laying the groundwork for his White House role, the meeting at the Waldorf shines a light on his family’s multibillion-dollar business, Kushner Cos., and on the ethical thicket he would have to navigate while advising his father-in-law on policy that could affect his bottom line.

"Kushner, a Trump In-Law and Adviser, Chases a Chinese Deal" is from the January 07, 2017 U.S. section of The New York Times. It was written by Susanne Craig, Jo Becker and Jesse Drucker and narrated by Barbara Benjamin-Creel.