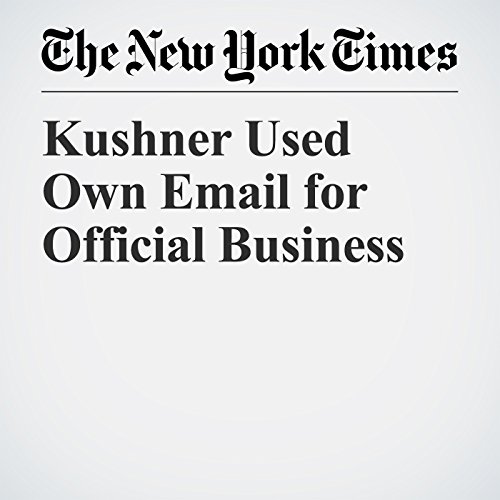 "Kushner Used Own Email for Official Business" is from the September 24, 2017 U.S. section of The New York Times. It was written by Maggie Haberman and Sharon LeFraniere and narrated by Barbara Benjamin-Creel.