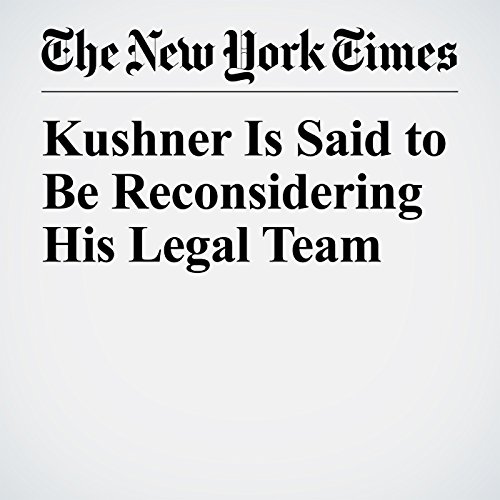 Representatives of Jared Kushner, President Donald Trump’s son-in-law and senior adviser, have quietly contacted high-powered criminal lawyers about potentially representing him in the wide-ranging investigation into Russia’s influence on the 2016 election, according to three people briefed on the matter.

"Kushner Is Said to Be Reconsidering His Legal Team" is from the June 18, 2017 U.S. section of The New York Times. It was written by Ben Protess, Jessica Silver Greenberg and Sharon Lafraniere and narrated by Keith Sellon-Wright.