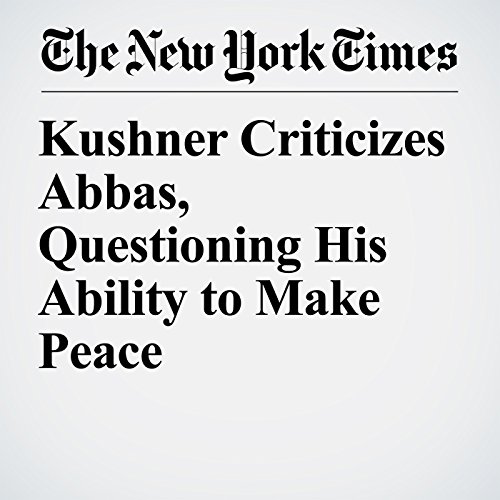 Jared Kushner, President Donald Trump’s son-in-law and top adviser on the Middle East, said the Palestinian Authority president, Mahmoud Abbas, was afraid to make peace with Israel, bore responsibility for the deteriorating situation in Gaza and was prioritizing his own political survival at the expense of his people’s needs.

"Kushner Criticizes Abbas, Questioning His Ability to Make Peace" is from the June 24, 2018 U.S. section of The New York Times. It was written by David M. Halbfinger and narrated by Keith Sellon-Wright.