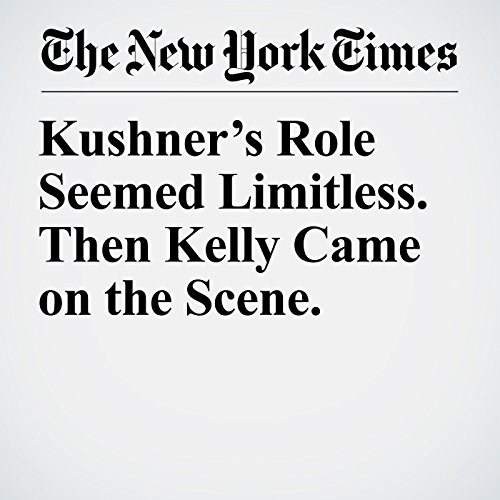 At a senior staff meeting early in President Donald Trump’s tenure, Reince Priebus, then White House chief of staff, posed a simple question to Jared Kushner: What would his newly created Office of American Innovation do?

"Kushner’s Role Seemed Limitless. Then Kelly Came on the Scene." is from the November 25, 2017 U.S. section of The New York Times. It was written by Sharon Lafraniere, Maggie Haberman and Peter Baker and narrated by Keith Sellon-Wright.