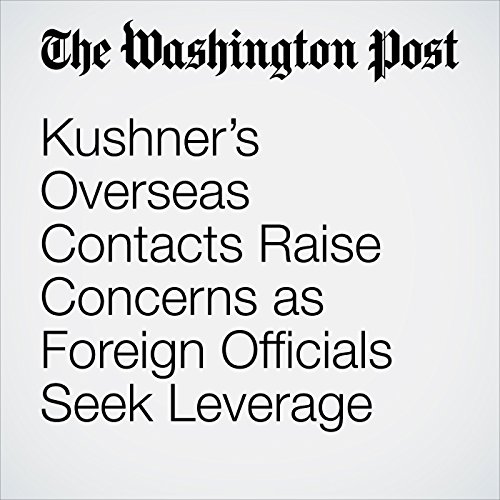 Officials in at least four countries have privately discussed ways they can manipulate Jared Kushner, the president’s son-in-law and senior adviser, by taking advantage of his complex business arrangements, financial difficulties and lack of foreign policy experience, according to current and former U.S. officials familiar with intelligence reports on the matter.