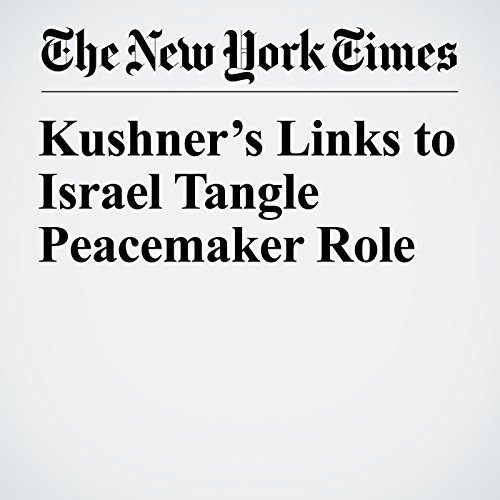 "Kushner’s Links to Israel Tangle Peacemaker Role" is from the January 07, 2018 U.S. section of The New York Times. It was written by Jesse Drucker and narrated by Keith Sellon-Wright.