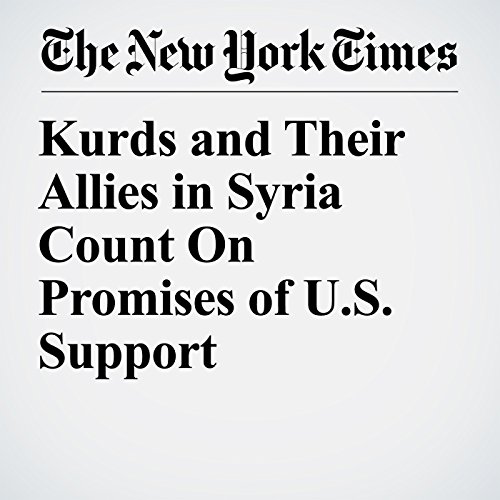 The front line between rival U.S.-backed and Turkish-backed militias in northern Syria, just eight miles north of Manbij, snakes over mostly barren hillsides and through newly planted olive orchards. It consists of many miles of bulldozed earthworks, with fortified bunkers every few hundred yards.

"Kurds and Their Allies in Syria Count On Promises of U.S. Support" is from the January 31, 2018 World section of The New York Times. It was written by Rod Nordland and narrated by Keith Sellon-Wright.