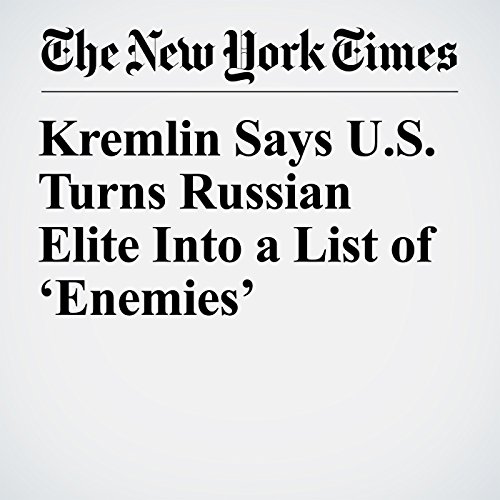 In the latest salvo between Moscow and Washington, the U.S. Treasury included almost the entire roster of senior Russian government officials as well as 96 billionaires on a new list meant to detail Russia’s most influential people.

"Kremlin Says U.S. Turns Russian Elite Into a List of ‘Enemies’" is from the January 30, 2018 World section of The New York Times. It was written by Neil Macfarguhar and narrated by Keith Sellon-Wright.