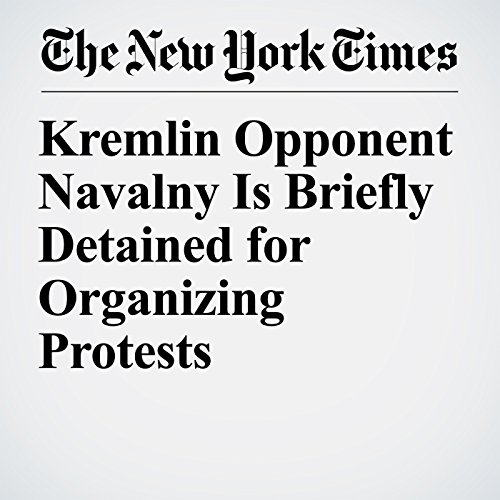 A prominent Russian opposition leader, Alexei Navalny, said he was briefly detained by police Thursday as authorities initiated legal proceedings against him for organizing illegal protests.

"Kremlin Opponent Navalny Is Briefly Detained for Organizing Protests" is from the February 22, 2018 World section of The New York Times. It was written by Ivan Nechepurenko and narrated by Barbara Benjamin-Creel.