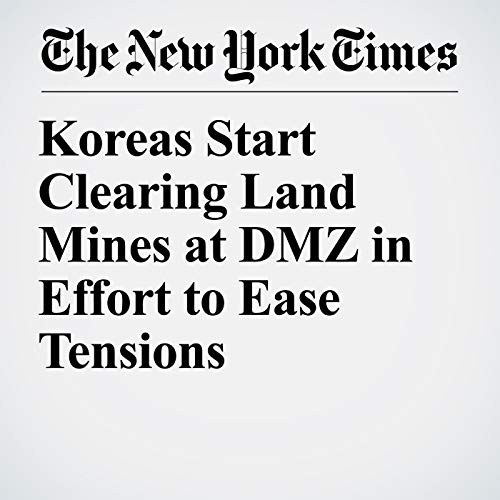 SEOUL, South Korea — Army engineers from North and South Korea began clearing land mines Monday in the Demilitarized Zone between their nations as they prepared to search there for the remains of soldiers killed during the Korean War.

"Koreas Start Clearing Land Mines at DMZ in Effort to Ease Tensions" is from the October 01, 2018 World section of The New York Times. It was written by Choe Sang Hun and narrated by Kristi Burns.