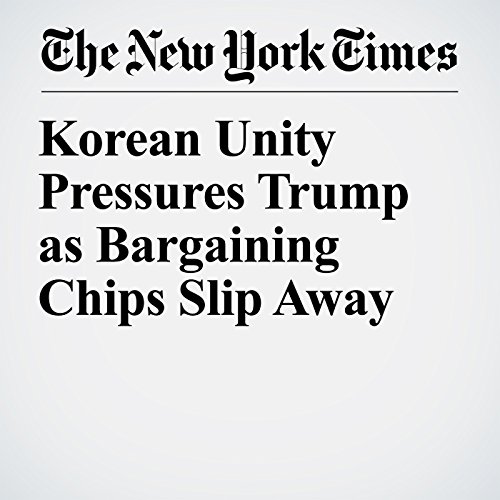 President Donald Trump lost no time hailing the historic nature of Friday’s meeting between the leaders of North and South Korea. But the gauzy images and vows of peace by Kim Jong In and his counterpart from the South, Moon Jae-in, have complicated Trump’s task as he prepares for his own history-making encounter with Kim.

"Korean Unity Pressures Trump as Bargaining Chips Slip Away" is from the April 29, 2018 World section of The New York Times. It was written by Mark Landler and narrated by Kristi Burns.