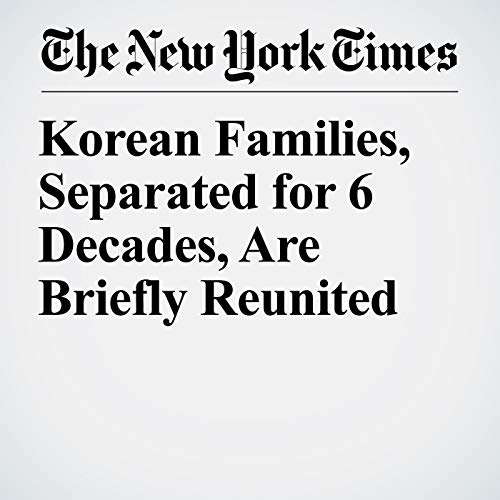 For two hours Monday, a 92-year-old woman held her son’s hand and looked him in the eyes for the first time in more than 65 years, as family members from North and South Korea were permitted a rare chance to see one another after war divided their country and separated relatives.

"Korean Families, Separated for 6 Decades, Are Briefly Reunited" is from the August 20, 2018 World section of The New York Times. It was written by Choe Sang Hun and narrated by Kristi Burns.