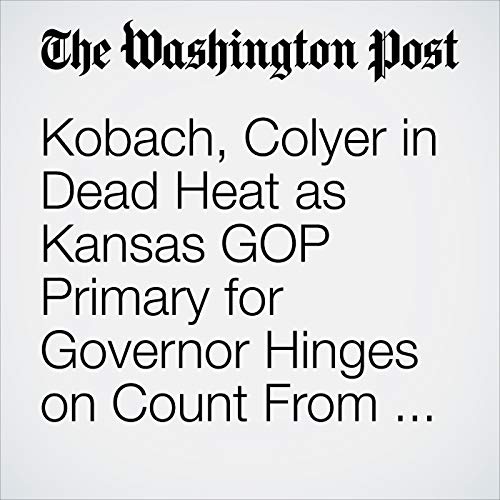 The Republican primary for Kansas governor remained too close to call Wednesday, with anti-illegal immigration hard-liner Kris Kobach, a staunch ally of President Trump, holding a lead of fewer than 200 votes over incumbent Gov. Jeff Colyer as the final results remained to be tallied.

"Kobach, Colyer in Dead Heat as Kansas GOP Primary for Governor Hinges on Count From Suburbs" is from the August 08, 2018 Politics section of The Washington Post. It was written by Amy B Wang and Felicia Sonmez and narrated by Sam Scholl.