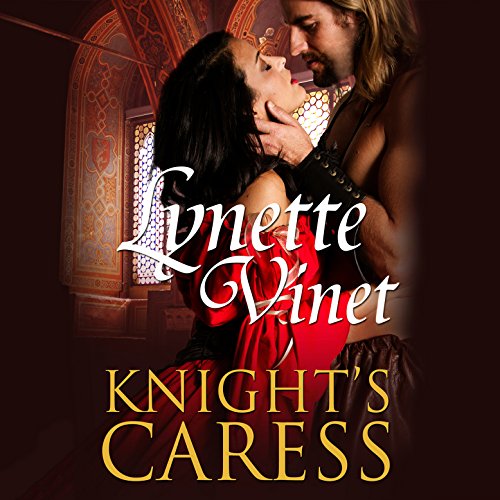 The conquering Normans have taken everything from Tedric of Woodrose; murdered his father, kidnapped his sister, and stolen his keep and land. But Tedric's perfect plan for vengeance is to take his own captive: Amberlie de Fontaine, a Norman beauty and the new lady of his former property. Once he abducts her, Tedric has no qualms about stealing a fiery kiss or two from this dark and enchanting hostage. Amberlie knows she should despise Tedric. It was almost certainly Tedric who killed her husband in one of his many attempts to regain his land. But the Saxon warrior is not the savage she expected. And shockingly, it's not hate but passion that she feels in his presence, emotions that stir her as never before.

If you could sum up Knight's Caress in three words, what would they be?

A true delight for the ears and the imagination- don't miss this steamy delight! Though the storyline is a bit predictable toward the end, the narrator more than makes up for this minor deficit to make this title more than credit worthy. Hopefully Audible will bring this author and voice actor together again.

Have you listened to any of Elaine Claxton’s other performances before? How does this one compare?