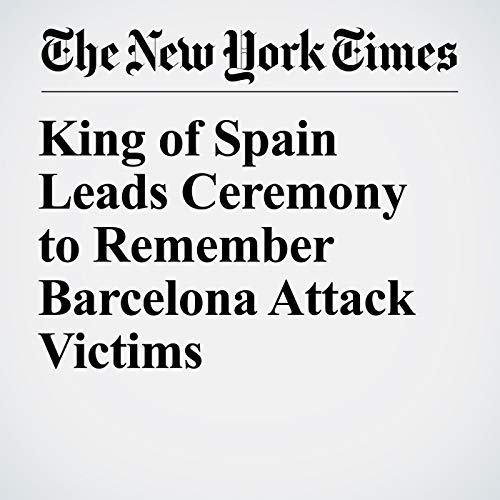 King Felipe VI of Spain led a ceremony in Barcelona on Friday to pay tribute to the 16 people killed in terrorist attacks there one year ago, an event that was designed to show harmony amid a bitter dispute over independence for the region of Catalonia.

"King of Spain Leads Ceremony to Remember Barcelona Attack Victims" is from the August 17, 2018 World section of The New York Times. It was written by Raphael Minder and narrated by Barbara Benjamin-Creel.