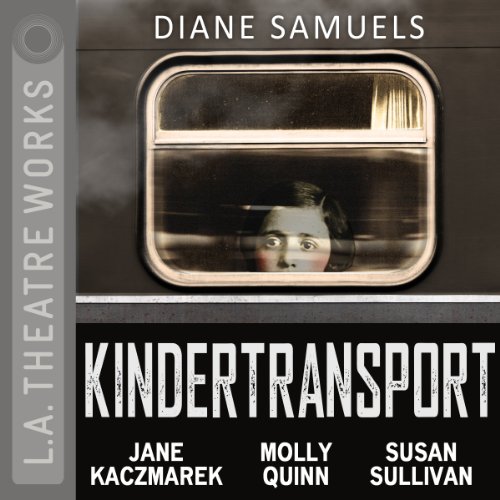 Diane Samuels' play about families, secrets and survival takes us to the days of the impending Holocaust. As conditions deteriorated in Germany in the 1930s, many tried in vain to escape. But thanks to a British humanitarian effort, about 10,000 Jewish children from Germany and neighboring countries were relocated to live with families in the United Kingdom, while their parents stayed behind. This passage to freedom became known as Kindertransport.

Directed by Jeanie Hackett. Recorded by L.A. Theatre Works before a live audience.

I really enjoyed the story of the small girl and her family.. The narrative got a little more confusing when it involved the more modern generation - just because with so many characters, more visual aids would have helped. Got lost sometimes in the era, but the actors perform it very well, it feels lively. It is unfortunately a sad story. But Truths are often unpleasant

NOT ONE I WANT TO LISTEN TO AGAIN too SOON

Not what I thought it would be, but still enjoyed this play.
Good acting, clever storyline.

Not one I would listen to again with enthusiasm. One for acquired taste.

It's excellent play, clever acting and storyline. Very much alive & lovely last chapter with the real "Kinder"
person for dialogue at the end of the book. Worth listen & enjoy live. Peace