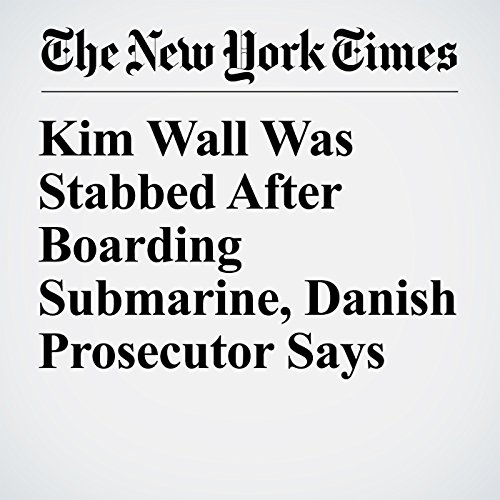 A Danish inventor’s explanation of how journalist Kim Wall died on his submarine was further cast into doubt after an autopsy revealed she had been stabbed more than 14 times and police found video footage of slain women on a hard drive linked to the suspect.

"Kim Wall Was Stabbed After Boarding Submarine, Danish Prosecutor Says" is from the October 04, 2017 World section of The New York Times. It was written by Martin Selsoe Sorensen and narrated by Kristi Burns.