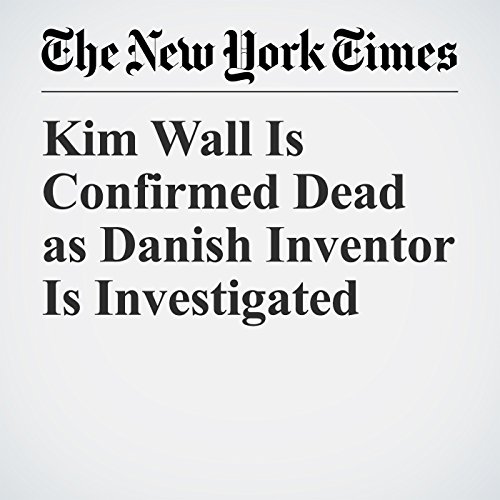 Copenhagen police announced on Wednesday that a torso found this week in local waters was that of Kim Wall, a Swedish freelance journalist whose disappearance after boarding a Danish inventor’s submarine has stunned many Scandinavians.

"Kim Wall Is Confirmed Dead as Danish Inventor Is Investigated" is from the August 23, 2017 World section of The New York Times. It was written by Martin Selsoe Sorensen and narrated by Kristi Burns.