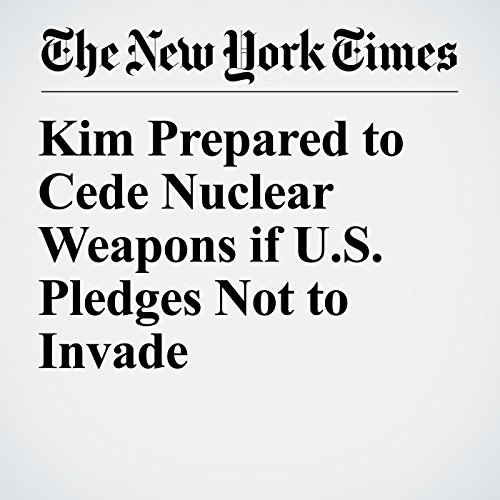 Kim Prepared to Cede Nuclear Weapons if U.S. Pledges Not to Invade

SEOUL, South Korea — Keeping diplomatic developments coming at a head-snapping pace, the South Korean government said Sunday that North Korea’s leader, Kim Jong In, had told President Moon Jae-in that he would abandon his nuclear weapons if the United States agreed to formally end the Korean War and promise not to invade his country.

"Kim Prepared to Cede Nuclear Weapons if U.S. Pledges Not to Invade" is from the April 29, 2018 U.S. section of The New York Times. It was written by Choe Sang Hun and narrated by Keith Sellon-Wright.