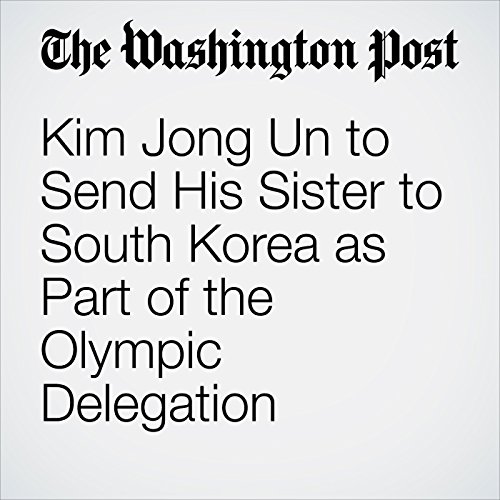 "Kim Jong In to Send His Sister to South Korea as Part of the Olympic Delegation" is from the February 07, 2018 World section of The Washington Post. It was written by Anna Fifield and narrated by Sam Scholl.