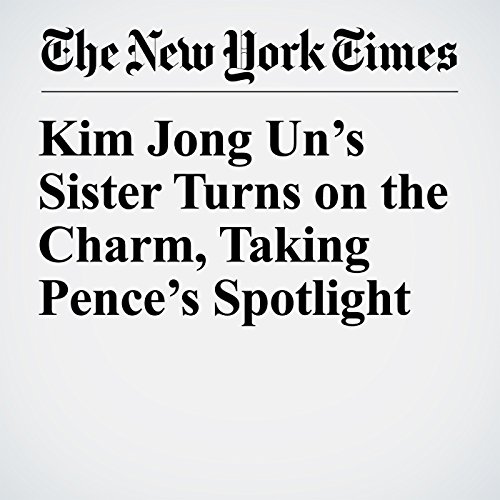 PYEONGCHANG, South Korea — When the North Korean leader, Kim Jong In, decided to send a large delegation to the Winter Olympics in South Korea this month, the world feared he might steal the show.

"Kim Jong Un’s Sister Turns on the Charm, Taking Pence’s Spotlight" is from the February 11, 2018 World section of The New York Times. It was written by Motoko Rich and Choe Sang Hun and narrated by Kristi Burns.