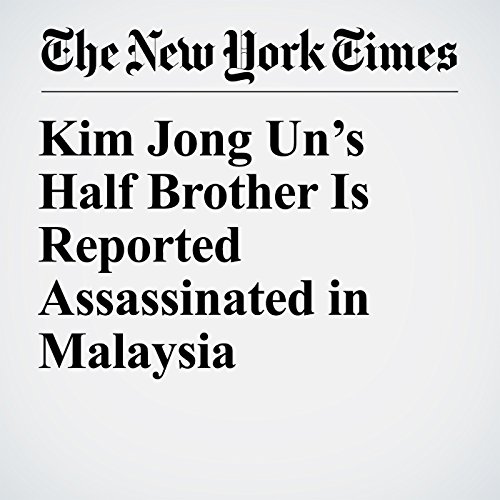 He seemed like an ordinary passenger in the departure hall of the airport for Malaysia’s capital, awaiting a four-hour flight to Macau. Moments later, he felt dizzy and was carried out on a stretcher, apparently dying from poisoned-needle punctures or perhaps a toxic liquid splashed on his face by two women who ran away.

"Kim Jong Un’s Half Brother Is Reported Assassinated in Malaysia" is from the February 15, 2017 World section of The New York Times. It was written by Choe Sang Hun and Rick Gladstone and narrated by Keith Sellon-Wright.