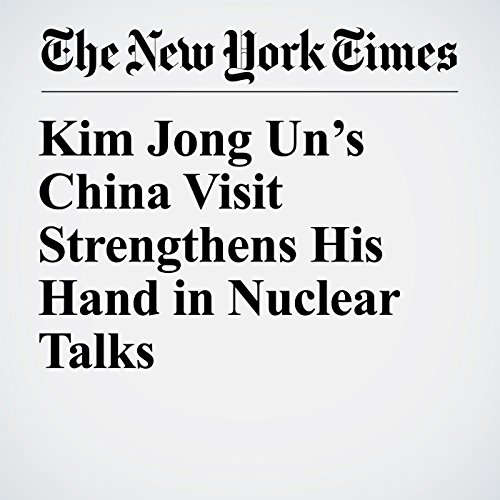 BEIJING — With a dose of mystery and the flair of a showman, North Korea’s young leader, Kim Jong In, used his debut as an international statesman on Wednesday to present himself as confident, reasonable — and willing to bargain.

"Kim Jong Un’s China Visit Strengthens His Hand in Nuclear Talks" is from the March 28, 2018 World section of The New York Times. It was written by Jane Perlez and narrated by Keith Sellon-Wright.