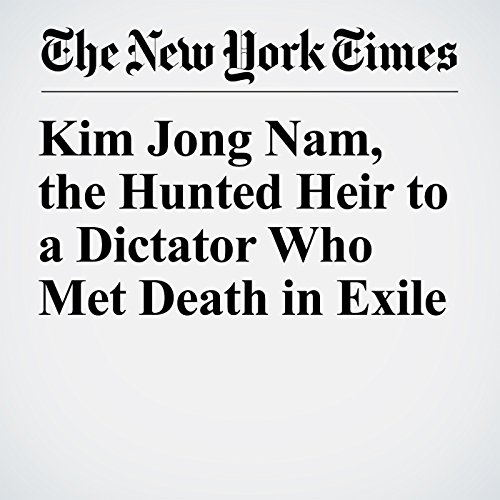 When North Korea held a state funeral for its leader, Kim Jong Il, in 2011, one son was conspicuously absent.

The absence of Kim Jong Nam — the eldest son of the family, who was bound by Korean tradition to preside over the funeral — was all the evidence outside analysts needed to see how isolated he had become from the center of power in North Korea, the world’s most secretive regime.

"Kim Jong Nam, the Hunted Heir to a Dictator Who Met Death in Exile" is from the February 16, 2017 World section of The New York Times. It was written by Choe Sang Hun and Richard C. Paddock and narrated by Caroline Miller.