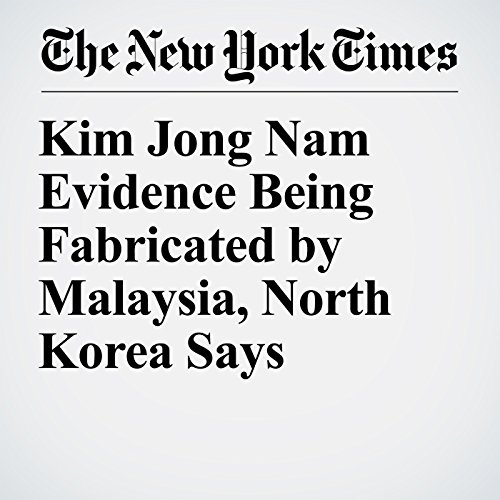 In a case that has been filled with mysteries and odd plot twists, North Korea still would not acknowledge that the man killed was indeed Kim Jong Nam. And it gave no indication that it would agree to Malaysia’s demands to question a senior staff member at the North Korean Embassy in Kuala Lumpur in the investigation into Kim’s death.

"Kim Jong Nam Evidence Being Fabricated by Malaysia, North Korea Says" is from the February 23, 2017 World section of The New York Times. It was written by Choe Sang Hun and Richard C. Paddock and narrated by Fleet Cooper.