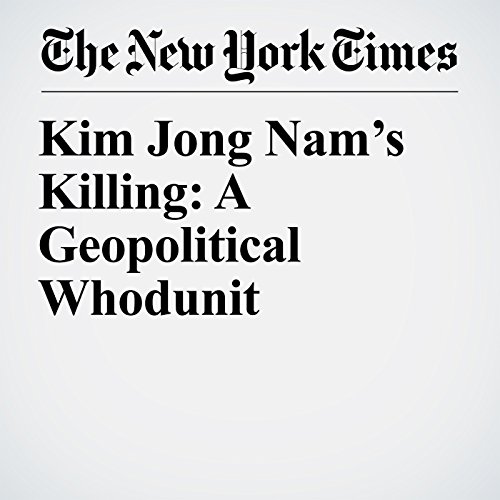 The two young women were what South Korean intelligence calls “lizard’s tails,” expendable assets to be cast off after an operation.

"Kim Jong Nam’s Killing: A Geopolitical Whodunit" is from the February 23, 2017 World section of The New York Times. It was written by Richard C. Paddock and Choe Sang Hun and narrated by Caroline Miller.