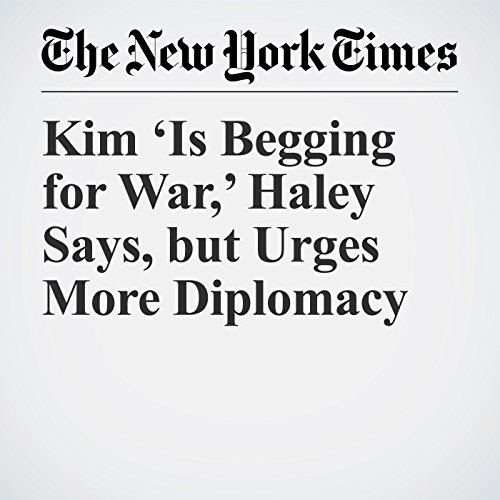 North Korea’s president, Kim Jong In, “is begging for war,” Nikki Haley, the U.S. ambassador to the United Nations, told the Security Council on Monday.

"Kim ‘Is Begging for War,’ Haley Says, but Urges More Diplomacy" is from the September 04, 2017 World section of The New York Times. It was written by Sewell Chan and Austin Ramzy and narrated by Keith Sellon-Wright.