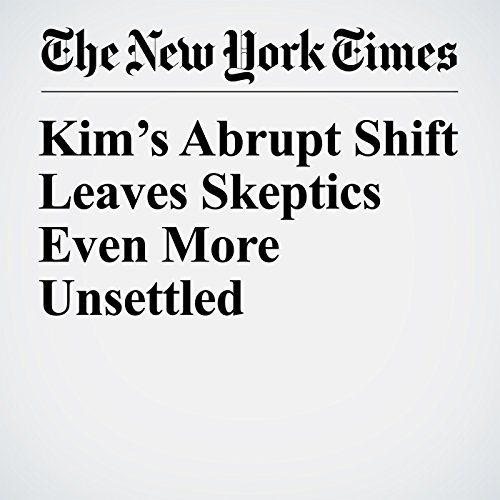 As North Korea’s reclusive ruler, Kim Jong In, prepares for a landmark meeting with President Donald Trump, he has seized the diplomatic high ground, making conciliatory gestures on nuclear testing and U.S. troops that have buoyed hopes in South Korea and won praise from Trump himself, who called it “big progress.”

"Kim’s Abrupt Shift Leaves Skeptics Even More Unsettled" is from the April 21, 2018 World section of The New York Times. It was written by Mark Landler and Choe Sang Hun and narrated by Keith Sellon-Wright.