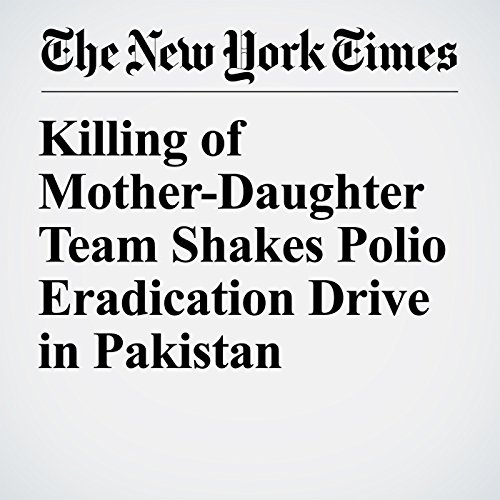 Two polio vaccinators — a mother-daughter team — were shot dead in Pakistan Thursday, the first time in two years that the polio eradication drive has been shaken by assassinations.

"Killing of Mother-Daughter Team Shakes Polio Eradication Drive in Pakistan" is from the January 22, 2018 Science section of The New York Times. It was written by Donald G. Mcneil Jr. and narrated by Kristi Burns.