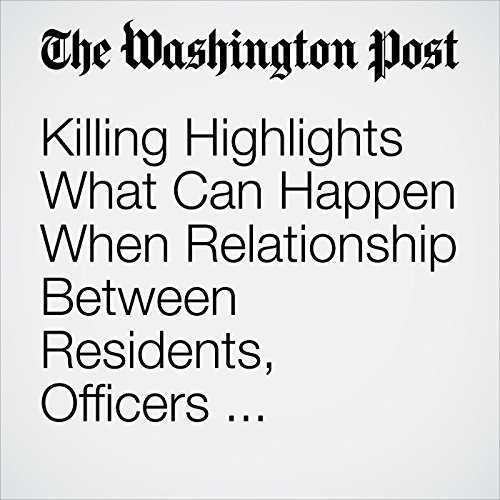 The morning after Antwon Rose Jr. was shot and killed by a police officer, 6-year old Clark Cannon hunched over his bowl of Lucky Charms and told his mother what was on his mind.“I heard all the gunshots,” he said, his mother, Ashley Cannon, recalled.

"Killing Highlights What Can Happen When Relationship Between Residents, Officers Deteriorates" is from the June 25, 2018 National section of The Washington Post. It was written by Alex Horton and narrated by Sam Scholl.