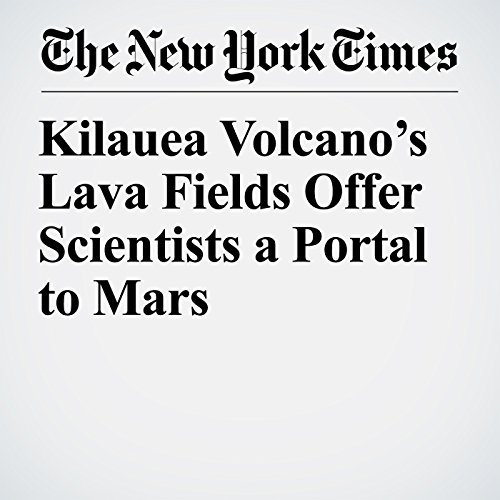 The Kilauea volcano on the Big Island of Hawaii has been setting off small earthquakes, creating gas-emitting fissures and releasing flows of lava this month that have destroyed dozens of homes and forced the evacuation of at least 2,000 people.

"Kilauea Volcano’s Lava Fields Offer Scientists a Portal to Mars" is from the May 28, 2018 U.S. section of The New York Times. It was written by Mike Ives and narrated by Caroline Miller.