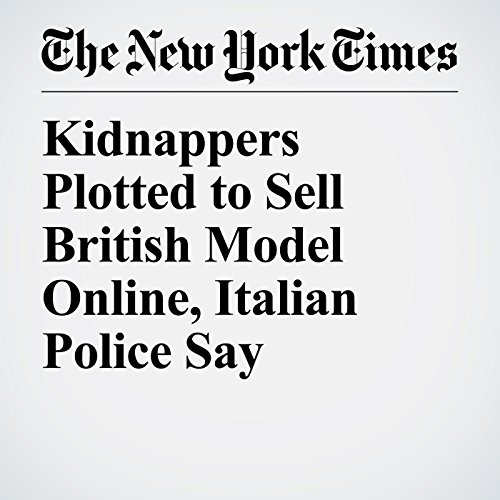 A Polish citizen has been charged with kidnapping a 20-year-old British model in what Italian authorities said Saturday was part of a scheme to sell the woman on a pornography website.

"Kidnappers Plotted to Sell British Model Online, Italian Police Say" is from the August 05, 2017 World section of The New York Times. It was written by Matt Stevens and narrated by Keith Sellon-Wright.