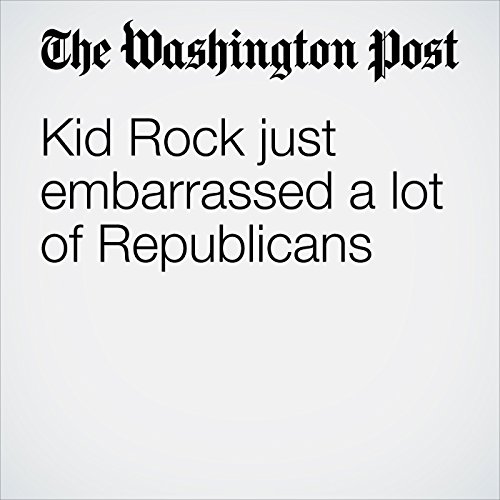 By the time Kid Rock withdrew on Tuesday from a Senate race he never entered, he had already won. The 46-year-old Detroit rapper turned rocker turned country crooner earned himself enough attention to stay in the literal spotlight as he tours for his new album this fall. And he made everyone else look silly along the way.

"Kid Rock just embarrassed a lot of Republicans" is from the October 24, 2017 Opinion section of The Washington Post. It was written by Molly Roberts and narrated by Sam Scholl.