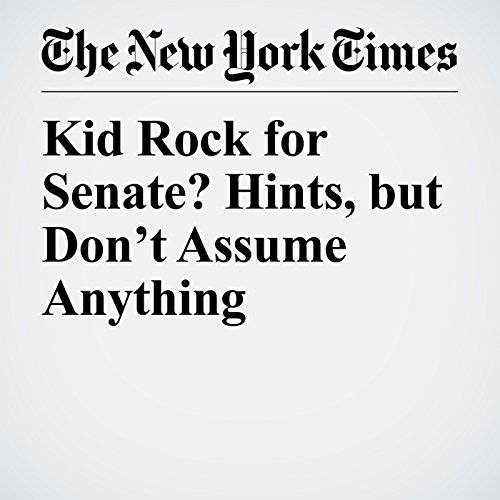 Kid Rock for Senate? Hints, but Don’t Assume Anything

If Robert James Ritchie — also known by his rap-rock moniker, Kid Rock — is running for the U.S. Senate in Michigan, he hasn’t informed the Michigan Republican Party.

"Kid Rock for Senate? Hints, but Don’t Assume Anything" is from the July 13, 2017 Entertainment section of The New York Times. It was written by Sopan Deb and narrated by Mike DelGaudio.