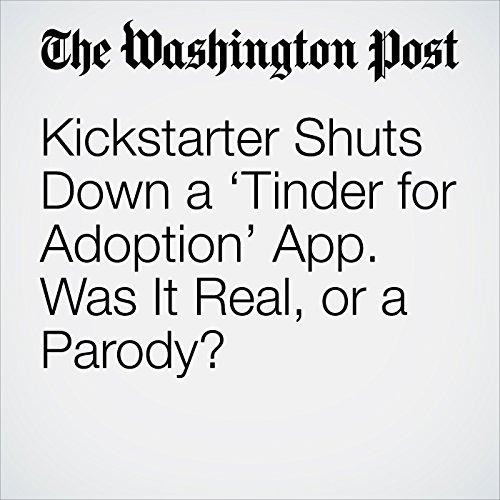 The app’s called Adoptly and the company launched its Kickstarter campaign last week in the hopes of raising $150,000. Only $4,000 was raised before the lights went out, according to this report on Crowdfund Insider. Was it due to the security risks of adopting kids as if they were hookups on Tinder? No, say the people at Adoptly, because the children would come from legally approved, licensed government agencies and that all prospective parents using the app would be subject to background checks.

"Kickstarter Shuts Down a ‘Tinder for Adoption’ App. Was It Real, or a Parody?" is from the January 26, 2017 Business section of The Washington Post. It was written by Gene Marks and narrated by Sam Scholl.