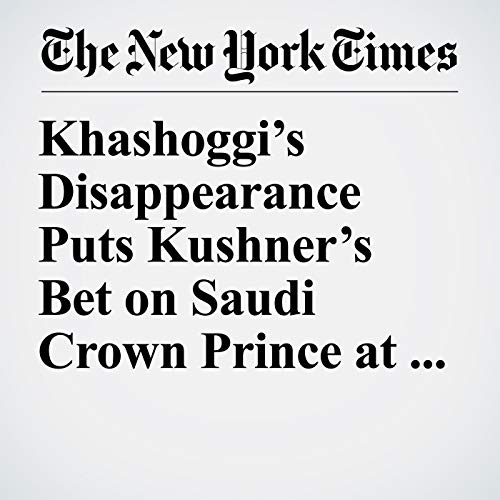 For President Donald Trump, who has made Saudi Arabia the fulcrum of his Middle East policy, the possible murder of a Saudi journalist in Turkey is a looming diplomatic crisis. For Trump’s son-in-law, Jared Kushner, it is a personal reckoning.

"Khashoggi’s Disappearance Puts Kushner’s Bet on Saudi Crown Prince at Risk" is from the October 11, 2018 World section of The New York Times. It was written by Mark Landler, Edward Wong and Eric Schmitt and narrated by Kristi Burns.