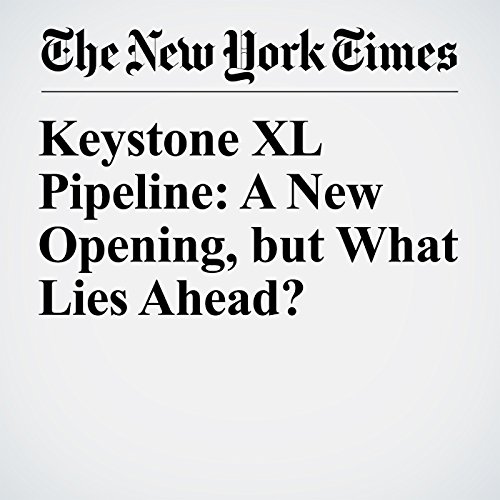 The pipeline has long been at the center of a struggle pitting environmentalists against advocates of energy independence and economic growth. President Barack Obama rejected the project in late 2015, saying it would be antithetical to the United States’ leadership in curbing reliance on carbon fuels.

"Keystone XL Pipeline: A New Opening, but What Lies Ahead?" is from the January 26, 2017 U.S. section of The New York Times. It was written by Clifford Krauss and narrated by Kristi Burns.