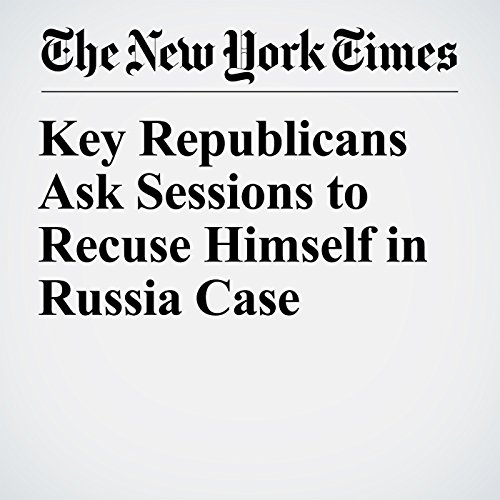 Congressional Republicans began breaking ranks Thursday to join Democrats in demanding that Attorney General Jeff Sessions recuse himself from overseeing an investigation into contacts between the Trump campaign and the Russian government. Those calls came after the disclosure that Sessions himself spoke with the Russian ambassador last year, in seeming contradiction to his testimony at his confirmation hearing.

"Key Republicans Ask Sessions to Recuse Himself in Russia Case" is from the March 02, 2017 World section of The New York Times. It was written by Charlie Savage and narrated by Fleet Cooper.