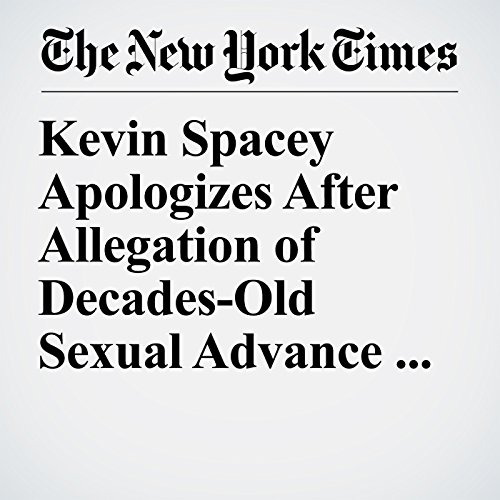 Kevin Spacey, a two-time Oscar winner, apologized Sunday night for what he said “would have been deeply inappropriate drunken behavior” after the actor Anthony Rapp accused him of making a sexual advance on him 31 years ago, when Rapp was 14 years old.

"Kevin Spacey Apologizes After Allegation of Decades-Old Sexual Advance on a Minor" is from the October 30, 2017 Entertainment section of The New York Times. It was written by Michael Paulson and narrated by Kristi Burns.