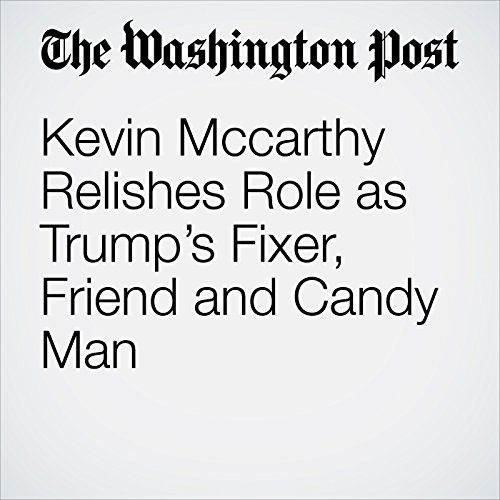 President Trump and House Majority Leader Kevin McCarthy (R-Calif.) were alone in the presidential suite on Air Force One, flying east toward Washington in early October, when the president reached for a handful of Starbursts, the fruit-flavored, box-shaped chewy candies.

"Kevin Mccarthy Relishes Role as Trump’s Fixer, Friend and Candy Man" is from the January 15, 2018 Politics section of The Washington Post. It was written by Josh Dawsey and Robert Costa and narrated by Sam Scholl.