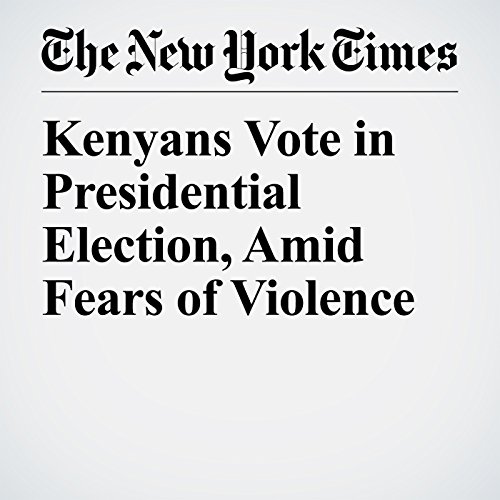 Millions of Kenyans went to the polls Tuesday to vote for a new president, the culmination of a campaign dominated by concerns about the potential for vote-rigging and fears that the country will be plunged into violence once the winner is announced.

"Kenyans Vote in Presidential Election, Amid Fears of Violence" is from the August 08, 2017 World section of The New York Times. It was written by Kimiko De Freytas Tamura and narrated by Kristi Burns.