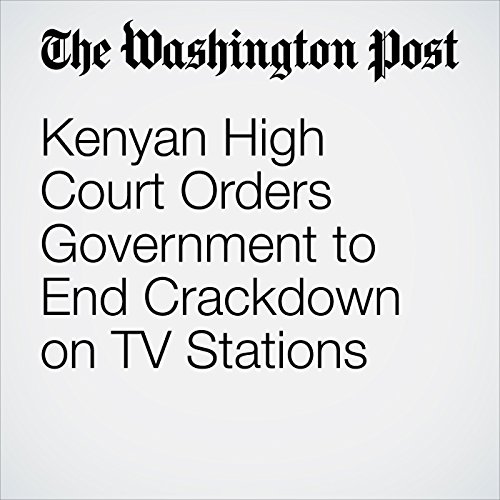 Kenya’s high court ordered the government to allow three major television stations to continue broadcasting Thursday, after they were shut down earlier in the week for showing scenes from an opposition rally.

"Kenyan High Court Orders Government to End Crackdown on TV Stations" is from the February 01, 2018 World section of The Washington Post. It was written by Kevin Sieff and Rael Ombuor and narrated by Sam Scholl.